Moving to Whidbey Island From Seattle

Can you see it?

Warm rays of sunrise gradually entering the room as you wake up to the smell of a fresh breeze. Glancing at the clock, you realize you’re running late. Surprisingly, you feel calm knowing that you can make it in time.

Traffic? Smog? What? Things like these barely exist on an island.

Psst… Wake up! For real now. You’re back to reality, back in Seattle.

But your days in the Emerald City are coming to a close. You’ll be moving to Whidbey Island soon. Despite uncertainties, it’s completely normal to feel excited. Relocating to a rural island certainly has its charm.

Here are some reasons why Whidbey is one of the best decisions you’ll ever make.

According to Bestplaces.net, the overall index of living in Whidbey Island is almost 50% cheaper than in Seattle. However, it’s not a surprise since Seattle is a huge metropolis with expensive real estate.

To break it down further:

Other factors, such as healthy, utilities, and miscellaneous, differ only by a narrow margin but Best Places still emphasizes the affordability of Whidbey Island.

As an island, the level of jobs you can get is limited. You can’t expect to find work in positions related to large corporates and tech industries. Consequently, your salary will be significantly lower than in Seattle unless you work remotely as a freelancer or commute to the city.

Worried you might miss the grey Seattle skies? Don’t worry. Whidbey Island offers the same climate. Although the amount of rain here isn’t as significant as in Seattle, it still emulates the mild cuddle weather that you love.

Seasons are pretty textbook except for winter. Christmas season can be defined with rain instead of heavy snow. Summer makes up for everything with the breeze and warmth that it brings. Never miss a chance to see fall transform the island into a tangerine paradise. Finally, spring is something to look forward to since it’s a sign that the cold days are over.

As stated earlier, the inexpensive island life calls for some limitations. In Seattle, you have access to everything, whether it’s day-to-day necessities or a crazy nightlife.

On the other hand, you will feel the curb just from shopping in Whidbey since the island lacks some major stores. The nearest ones can only be found across Everett or up north in Oak Harbor, which will probably be a decent drive away from your place.

Medical access can be relatively sparse as well. Although standard hospital services are available, you will have to leave the island if you need to see a specialist. This disadvantage can be disastrous during emergencies.

In addition to these cons, cellphone coverage in Whidbey is like whack-a-mole. It can appear and disappear randomly from several dead zones. You will need to experiment with different service providers to find the best one around your area.

Not exactly a big deal, but you should know that some natives exhibit an insular mindset. That means they will try to impose their superiority on someone who just moved to the island. Relax. It’s not every day you will encounter these people.

To make up for the point above, most people from Whidbey Island are friendly and accommodating. Unlike in Seattle, where millions of people busily go around the city, neighbors on the island are close enough to make it easier to gain new friends.

The Bottom Line Is…

Moving from a big city to an island like Whidbey can be a massive leap. Most people might even see it as a downgrade, but you don’t have to listen to them. The reality is far from that. True, you will have some adjusting to do, but in the end, simple island existence can be more rewarding than what you’ve ever experienced your whole life. Wishing you a move smoother than honey. Cheers! 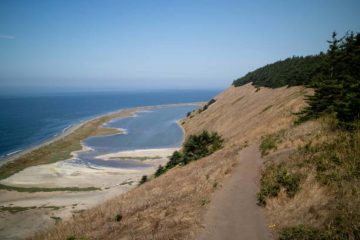